Posted January 19th 2017 at 8:50 am by Lawrence Barriner II
in Media for Movement Building

The final day of class got off to a hectic start. The course was planned to begin with a individual reflection activity based on the name of the course: What is Media for Movement Building? Unfortunately, several groups had pretty severe technical difficulties while exporting their projects. Thankfully, things weren’t thrown off too much (Marie saved the day for multiple groups!) and people just dropped into the activity when they arrived.

The questions (one question per sheet of chart paper) we reflected on were: 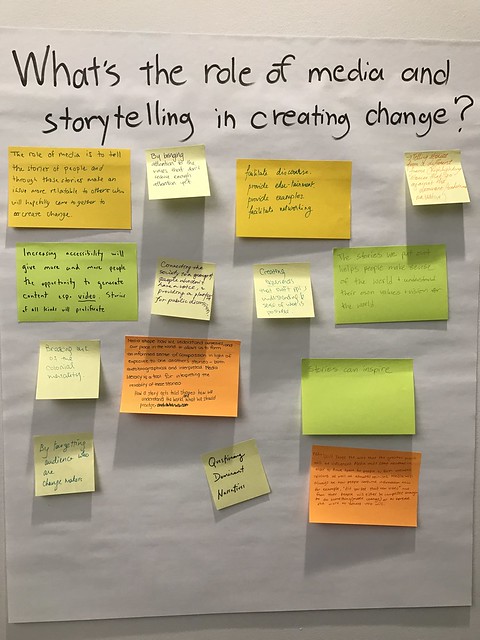 There was also a chart for people to share resources they wanted class participants to check out.

After people used post-its to post their answers to the questions, we had a full group discussion. The questions flowed pretty naturally into each other and the conversation was both challenging and encouraging.

Although we probably could have kept talking for hours, we stopped the conversation to do course evaluations and finish our thank you cards for our guests and interviewees. 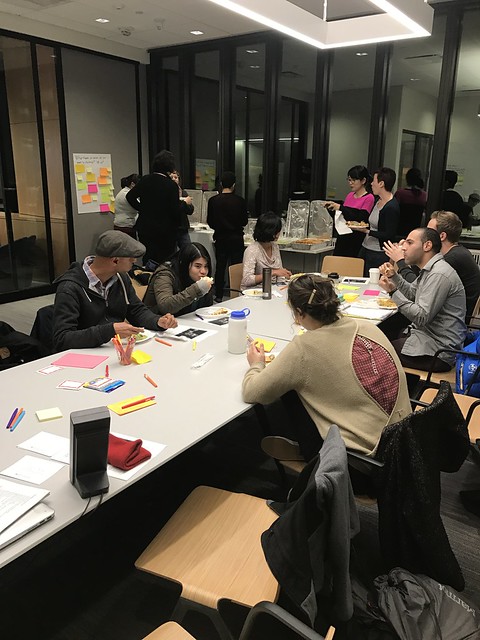 Dinner arrived (thanks again to Angela’s on Lexington in East Boston!) along with a few friends and family who came to listen to the audio pieces. We socialized, ate, and then settled in to listen to each audio piece. The projects ranged from 20-30 minutes each and we had about 10 minutes of feedback and discussion after each piece. 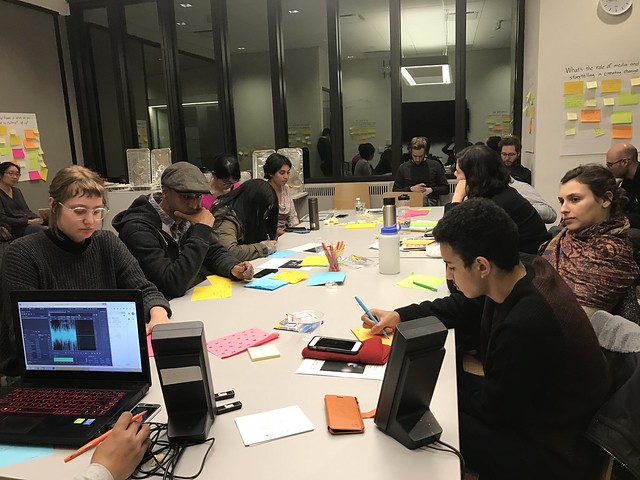 We ended the class with a very short reflection activity. A modification of the “one word” activity, we went around the room and said one or two words that described our experience in the class. Some of the words shared:

And with that, the first offering of Media for Movement Building was finished. The audio pieces will be released via CoLab Radio some time in Spring 2017. Stay tuned!