Navigating through the rivers of memory in the Colombian Pacific: Interview with Alvaro Arroyo from Yurumangui

This series of interviews seeks to give voice to the life stories of some of the fellows from 2016-2017 Transnational Mel King Community Fellows program. This first interview is with Alvaro Arroyo [1] from Yurumanguí, Buenaventura, Colombia. In winding along the waters of this interview, we hope to navigate through the rivers of the memory present in the Colombian Pacific and cover several topics. Those topics include: addressing the current territorial challenges and opportunities; recognizing the complex legacy of the armed conflict; recognizing the opportunities and risks associated with the ongoing peace process. This interview was performed by Natalia Mosquera and edited in English by Lawrence Barriner II.

Natalia: Where were you born? Why is this place important for you? What did mean for you grow up and be a part of the community located in the Colombian Pacific?

Alvaro: Yurumangui is a river located on the Colombian Pacific coast. It is south of Buenaventura and is one of the largest rivers of the port city. Since the year 1997 was organized as a community council. [Note: Community Councils are the legal mechanism which allows some communities in the Pacific to own and administer land in a collective way]. 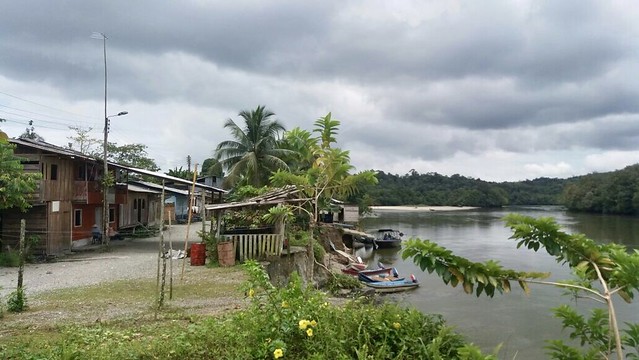 Being born there meant being born into a place surrounded by nature and water. In a place where everyone is acquainted with everyone, there is a sense of community. You grow up with values rooted in territory and community, but also some things related to wellbeing are lacking. I remember when I was a child, I traveled very rarely to the urban zone. However, it was in the urban zone that I realized the existence of the things like electricity, cars and even public services. That was when I became aware that I was living in a different world. But I was accustomed to the rural context and there we had all that we needed to live… fishing, hunting. There was life possible community, play all day, study at the school…

My father is a rural nurse and my mother is a teacher. Each one has 20 years of experience. My parents’ work was very important to my training and to become who I am because I had two references of those who could access education and then play an important role into the community. So for me, study became super important to this way, to get more tools to strengthen the river’s community.

Anyway, I could say that my childhood was very quiet until the year 2005 when the armed conflict intensified significantly in Buenaventura’s rural zone. The community was permanently transformed. 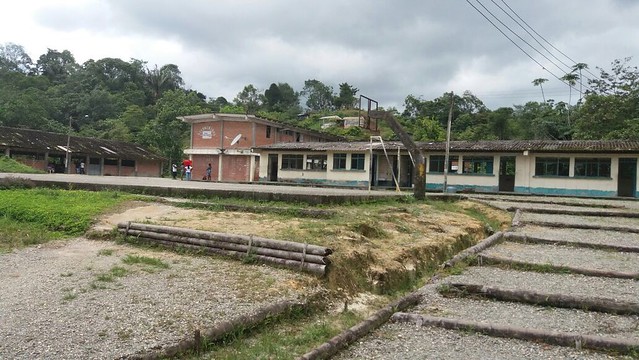 N: Could you share how the armed conflict transformed your personal life and the life of your community?

Yes, I can explain it on two levels. First, the personal level. Until the year 1996 there was no evidence of armed conflict, we didn’t live it, we watched this by TV. However, in the year 1997, armed groups began to invade Buenaventura’s rural zone and the FARC guerrilla group arrived. This changed my vision/perception about what was the war because now the weapons were inside the community. In a personal way, it transformed what we understood by tranquility. These actors came imposing new values and rules, they started controlling the free movement of the community, they established curfews limiting the movement of people along the territory. Additionally, some young people from the community started to be a part of the armed group and this transformed the co-existence of daily life.

At a community level, things were complex. Although there was a change of values and a new order was imposed onto the community, new leadership from the community became strengthened and that facilitated negotiation with the armed actors, especially with the FARC group. Through the strengthening of the community’s organization and the developing of a vision as a black people, we generated strategies to negotiate with the FARC. We made it clear that they had a political project different from ours.

In this way I could say that this process strengthened our fight around the defence of the territory. To me, this was inspiring. It connected the political process which now is fighting to improve living conditions for communities to the process of fighting for territory. I think that this made me interested in the political process as well as the strengthening of the organizations themselves at a community level.

In the year 2001, there was a massive displacement due to the massacre of 7 people by paramilitary groups. Then, motivated by fear, the whole community was displaced to the urban zone. After this, more than half of the community remained there and never returned to the river. The people that returned, including me and my family, tried to rebuild the community but it wasn’t the same; there wasn’t the same population, and there was much fear… fear that remains still today.

N: Taking into account the community fragmentation as well as the community strengthening to confront the armed conflict, how do you see the impacts of the peace agreement in your community? What are the challenges and opportunities?

The first thing I can tell about this: the pressure from armed actors has decreased radically. Since 2012, we have felt the increased return of what we knew as a tranquility. We had a way out of the armed actors in the territory and this has been very important for the recovering of the community. However, there are many risks because the agreement is advancing but there is no strengthening of the institutions in the territory. So there are no guarantees for non-recurrence of violence. And when I say institutions, I’m thinking also about civic and community organisations, because in today’s landscape there are many incentives for illegal crops, and arms & drugs trafficking.

Thus, there is a high risk of new armed actors arriving. We don’t know who can arrive, with which interests and rules. Up until today, the community had achieved raising their position in front of the armed actors, to know who they were and negotiate with them… however, today we do not which armed groups will be interested in occupying the territory.

Then, one of the greatest challenges is related to the strengthening of the community proposals tied to local development and wellbeing. These proposals would allow communities facing illegal economies linked to deforestation, mining, and illegal crops to develop productive economic alternatives and reduce vulnerability to armed actors. The proposals would be to expand the legal economies along the territory.

Finally, it is a challenge that the conflict is alive. There are still other armed groups and also many incentives for illegal markets.

Related to opportunities, the peace agreement is opening new possibilities for political participation and therefore possibilities for investments by the state in the territories. That could influence the consolidation of proposals for alternative economic development. However, it all depends of the will of the state to invest in the region as well as the strengthening of community organizations. I say that because we currently see that state is maintaining a urban and centralized vision exclusively. Investments in the rural zone required a lot of political pressure. It will be a challenge for the grassroots organizations in the fight for the territories to make sure things don’t go back into the hands of armed actors again.

A: There is a new context that needs the transformation of historically built leadership, based on intergenerational exchange. Sometimes the newer leaders think that the work made by the older leaders doesn’t work for the new context. To the contrary, I actually think we should recognize the work that they’ve done and that the triumphs which we are having because of all the leaders who came before us. I feel that in this current moment we need leaders with the capacity to generate alliances across the different social sectors and institutions, leadership that with take the historic learning and be able to influence institutions and the local governments.

The district of Buenaventura has a constitutional responsibility to the rural zone, because this is over the 90% of the territory. The new local leaderships must seek strategies to guarantees that states carry out this obligation. They must have political training, know how to move in the political areas, and know the needs of the community; they must have academic background that allows movement beyond electoral politics.

At this critical juncture, the leadership has more possibilities to communicate what is happening locally. It must take an advantage of new technological tools, establish new connections, and disseminate local struggles. Why should the rest of the world be interested in protecting the Pacific region? Because the Pacific is the lungs of the world, and the world must protect its lungs. So the region needs a leadership capable of showing what the region has, be able to move at national and international levels, and achieve better life conditions for our people.

We’ve had strong leadership in ethnic, cultural and territorial themes, but made little progress on satisfying basic needs. There was work that happened on that, but it crossed with the armed conflict, so all the efforts were concentrated on human rights and safeguarding life. But now with the ongoing peace process, the principal challenge is to getting dignified living conditions for our people. 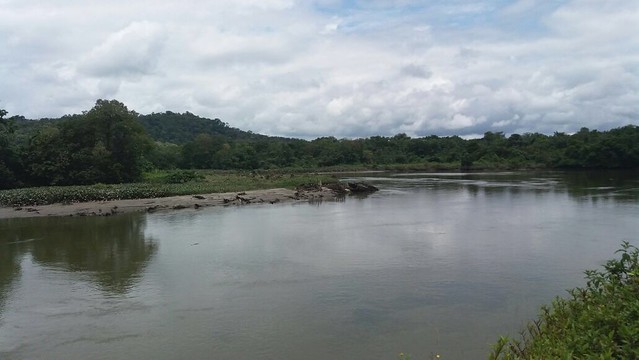 [1]: Alvaro is part of the community council in Yurumanguí, he leads the Economic Development Team where his work is to improve the life conditions of the community through strategies for local business creation. He is also involved in youth leadership, seeking the generation of new leaders along the political/cultural spaces in the community and in the region. The community council is also a part of the Black Community Process (a platform which brings together different organizations in the Colombian Pacific Region), where Alvaro also works in the Economic Development Team.