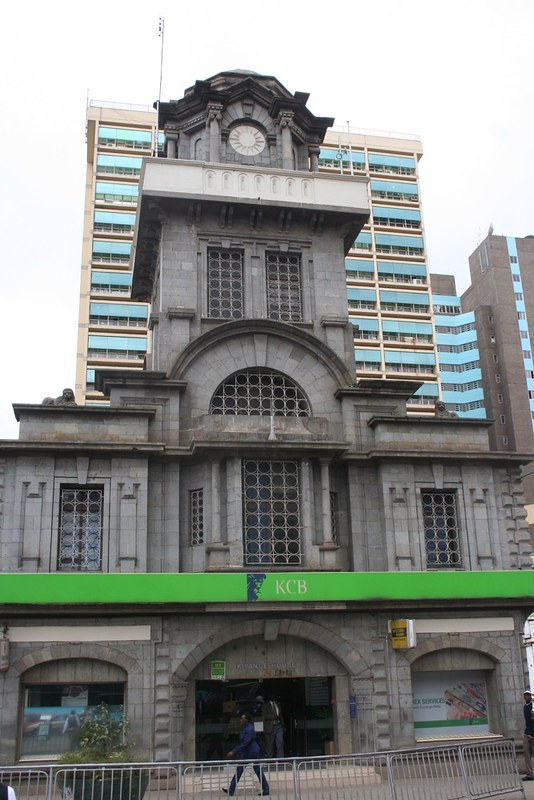 The Kipande House is located in the Central Business District in Nairobi, Kenya, along Kenyatta Avenue. Designed by Gurdit Singh, it was initially Nairobi’s tallest building until Solel Boneh & Factah completed the Kenyatta International Convention Centre 38 years later. Built in the 1930s, the Kipande House was originally used as a railway depot. In addition, African, called “locals” at the time, who were visiting Nairobi either for work or some other business would go there to be registered and issued identification cards (ID). It was from this that it derived its name. Kipande is a Swahili word meaning identity card. The ID card consisted of a little red book, put in a metallic case and hung on a rope on the neck. As Amos Kareithi, an investigative reporter with the Standard Newspaper wrote in a 2013 article, “To the Africans, the Kipande was an oppressive badge of slavery. Failure to produce it when required, attracted instant punishment, even incarceration.”

The Kipande would usually have an expiration date. For those who came on short visits, theirs could have a 72-hour limit; which they had to renew if they were staying longer. For locals who were working for colonial masters, they would be given a kipande with a longer-term stay. After Kenya’s independence in 1963, they stopped giving this “visa” type of Kipande, though ID cards are still being issued in the country.

The Kipande House is now home to the Kenya Commercial Bank (KCB).

This is one of many posts responding to the question, “What’s Happening at the Oldest Buildings in Your Town?” If you’d like to submit an example from your own city, see the easy steps here. Check out the previous post on two buildings on the campus of Istanbul Technical University.

One response to “Old Building Made New: The Kipande House”