Posted December 7th 2015 at 11:45 am by Aditi Mehta
in Participatory Action Research

PAR and the “Right to Research” 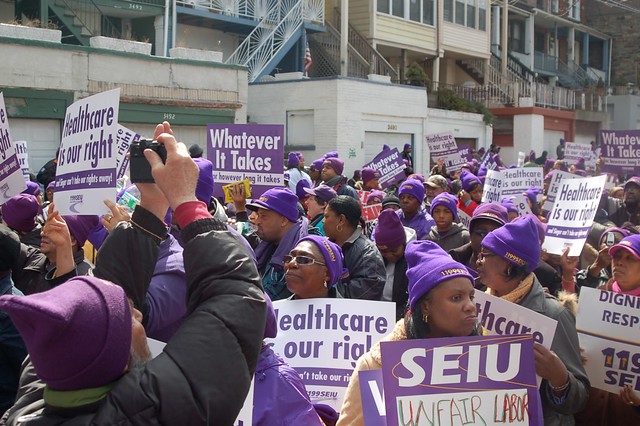 The final talk in the Participatory Action Research speaker series was inspired by Arjun Appadurai’s article The Right to Research in which he argues that research should be an accessible activity for all people, especially those in the bottom 30% of the socioeconomic ladder. Knowledge generated through lived experience by these populations or practitioners working directly on related social justice issues can help to advance social inquiry in ways that scholars cannot match. Data collection and interpretation through the eyes of those living the actual situations being studied could well have greater validity.  The task of making sense of the world should not be confined to only those inside academic and related institutions. Anyone should be able to make disciplined inquiries about their lives and what is not yet known.  Appadurai asserts that the capacity to create knowledge is essential for democratic citizenship.

In this final talk, Dr. Jones, the Director of Education and Leadership Development at 1199SEIU and Dr. Costanza-Chock, an associate professor at the MIT Center for Civic Media were tasked with demonstrating this concept of “the right to research” in their own PAR work.  Dr. Costanza-Chock shared a variety of collaborative research projects aimed at advancing social justice for immigrants, the undocumented, prisoners, and the LGBT community.  These include the Civic Media Codesign Studio, the #WhoPays report, the Coming Out of Concrete Closets report, and the Media in Action Report. Dr. Jones then discussed how 1199SEIU is using the idea of the “right to research” to fight for a better healthcare system in America.

Audio recordings of the talk and excerpted quotes are below.

Introduction to Dr. Alethia Jones & Dr. Sasha Costanza-Chock
“CoLab, 1199SEIU, and Research Action Design are all focused on what can be done in this moment in healthcare to transform community development as well as wellness.”

Engaging in PAR through Collaborative Design Studio
“Unfortunately a large proportion of what passes as participatory research or participatory design ends up replicating an extractive model where the researcher does some community workshops, generates some ideas, takes them away, produces a paper or produces a product and either sells it back to the community or the community never hears anything about it again. We don’t want to replicate that type of process.”

Challenges to doing University-based PAR and Introduction to Rad.cat
“There are so many institutional forces that militate towards the credit around [a] project that you’ve developed through participatory process all going towards the larger institution, [especially] when the institution is a behemoth like MIT.”

“People are doing media organizing work that is intersectional. This is important.. we use that word a lot..but what does [it] mean? Who are queer organizations working with? They aren’t just working with lesbian, gay, bisexual, trans and two-spirit communities. 90% basically say “our base is people of color, 75% low income.” Half of the organizations say they are “working with immigrant communities. 75% Latino/Latina….” This is useful because this is not how the funding looks [for] queer organizing in the United States. So this is a chance to go and say, “well hey people who are funding queer organizing work, we are not saying you need to allocate a little bit of your funding pool to community of color queer organizing. [Instead we are saying] This is the mode, This is the dominant mode. This is like 90% of the organizations…”

“The research questions for [this] project were written by people who are currently incarcerated who identify as LGBTQ or two spirit…In [Black and Pink’s] newsletter, which they send out once a month to people inside the prison system, they asked people for questions for a survey, people sent in questions, [Black and Pink] compiled those, developed a survey with 100 questions and sent it back out to people…people sent in their responses via mail and then [Black and Pink] compiled them and did a data analysis workshop at the Allied Media Conference, and this is the report that came out of that.”

PAR Project 2: Global Action Project Media
“This report is an intervention into a really messed up funding space where there was this moment for about 10 years (90s to early 2000s) where a lot of foundations were putting a lot of resources into youth organizing with a social justice framework explicit and then that changed and funders moved on… all these resources started flowing to youth media but in a depoliticized digital literacy framework….”

PAR Project 3: Who Pays? The Cost of Incarceration
“This report with the media coverage is now being used as a lobbying tool [for] city level campaigns for things like ban the box and for state level campaigns as well. This [report] provides ammunition for people to move stuff they were already trying to move.”

“Our work [at the Leadership Development Department] is to politicize, agitate and educate about the root causes of oppression and liberation and to really take the opportunities of contract fights and issue campaigns or political campaigns as moments for deeper learning.”

1199SEIU and the Healthcare Industry (Accompanied by this presentation)

“For most people, most of the time, the US healthcare system is radically inadequate. It is the most expensive healthcare system in a developed country, by far…and it serves very few people relative to the amount of money that is spent on healthcare. And we have some of the worst health outcomes for all the well-off nations.”