Poetry on the walls in Panama City

Someone in Panama City hates social media and loves romance. This person is probably the poet and artist Alfredo Belda, who is known for writing on the walls of deserted buildings. He writes in cursive with spray paint. I recently saw his work while visiting the old Spanish Quarter of Panama City, in the neighborhoods of San Felipe and Santa Ana.

While Belda’s handwriting has become identifiable, he may be one of several artists writing on buildings. Indulge your inner graphologist and decide for yourself whether the messages in the photos below are by Belda, or by other wall writers. The first three in this sequence are Belda’s work. 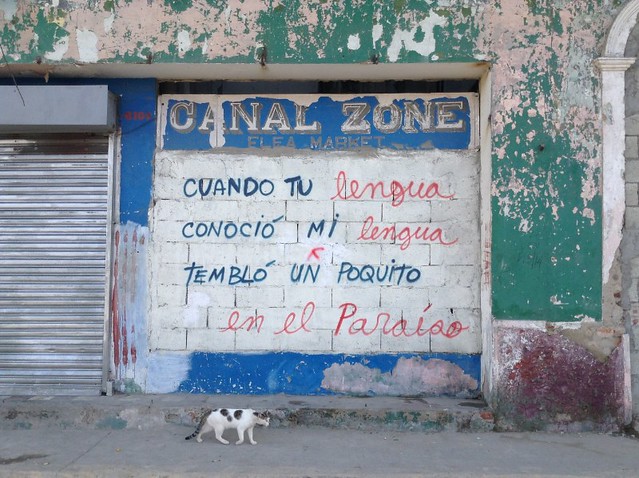 “When your tongue met my tongue it trembled a little in paradise.”

(I’m giving you my rough Spanish translations here — how I read these in English when I saw them, before I could consult a fluent Spanish speaker or Google Translate. ) 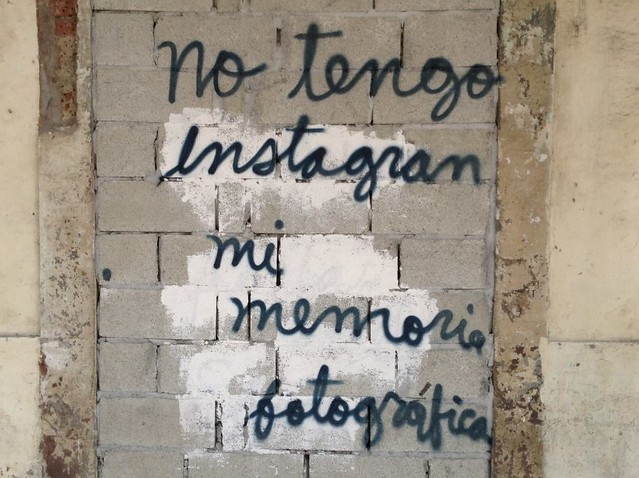 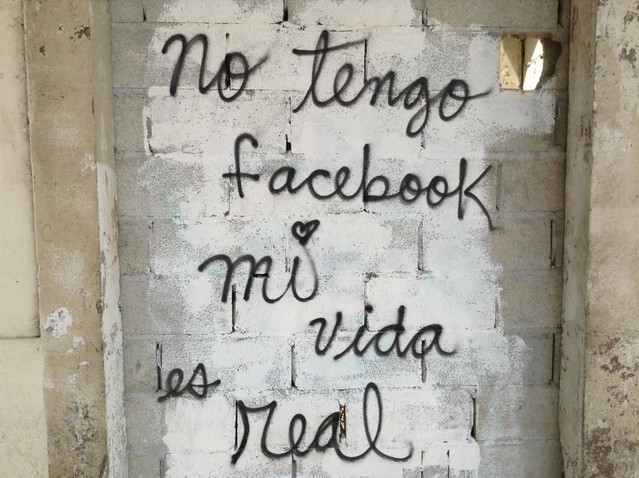 “I don’t have facebook my life is real.”  As this journalist observed, the anti-social media messages are a little ironic, given that the wall writings have gained much of their notoriety thanks to shares on Facebook and Instagram. 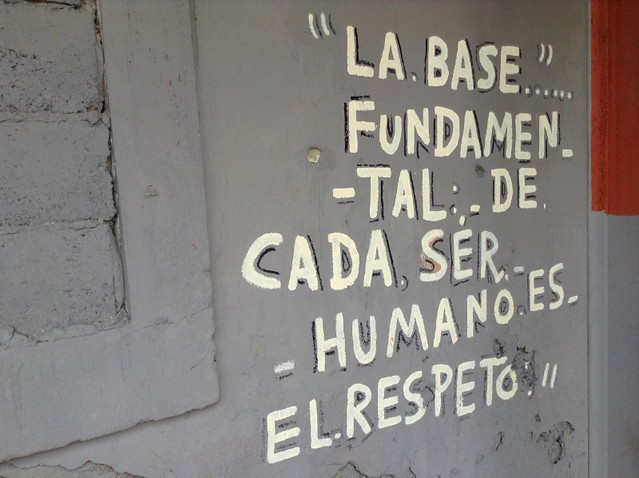 “Respect is fundamental for every human being.” 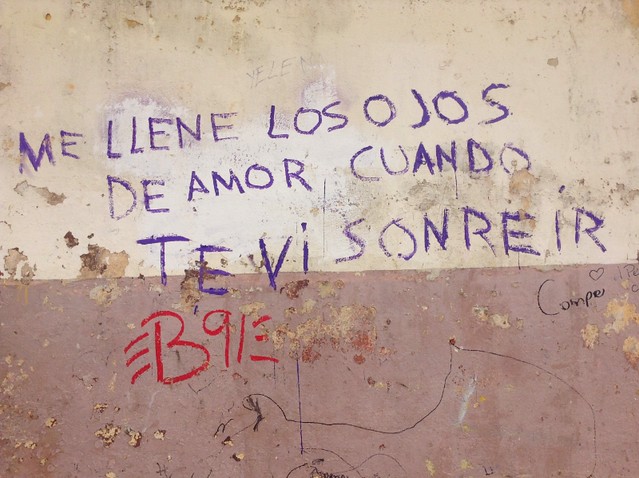 “My eyes filled with love when I saw you smile.”