In Dakar, Accra, and Johannesburg, three women are developing urban cultural spaces for African children centered around play and learning. Curious to understand what they might learn from each other’s experiences they engaged in a Q&A triangle. This is the final post in the series where  Karima Grant of ImagiNation Afrika in Dakar Senegal interviewed Gretchen Wilson-Prangley of Play Africa in Johannesburg, South Africa. 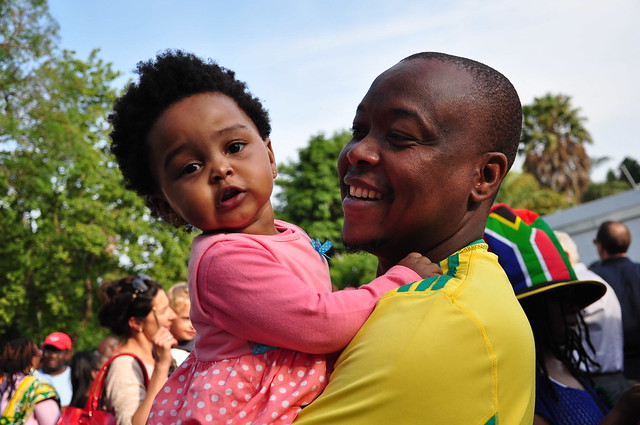 Play Africa is creating spaces where children can spend quality time learning and playing with the grown-ups who love them. Photo Credit: Play Africa.

Karima Grant: Can you share a bit about Play Africa and how you began to do this exciting work?

Gretchen Wilson-Prangley: We are building a children’s museum and broader children’s and family park in Johannesburg, South Africa where I live. This has been a journey that we started a little over two years ago in early 2013.

It started with a visit to the Brooklyn Children’s Museum in New York and another children’s museum in Washington State. These visits were such powerful experiences for me that they prompted me to quit my job as a journalist and really start working on building a children’s museum full time and start building a network of people who believed in the idea and wanted to help move it forward.

In these children’s museums, the child and their family were placed at the center of the space to experience hands-on learning and play. You could see from any child’s face, what it meant to go into a space like that. A space built and designed especially for them, where they could touch anything, experience anything, try anything, and crawl on things.

It struck me as something that we needed to do in Johannesburg, especially given South Africa’s unique context in living with significant inequalities even 20 years after apartheid ended.

Karima Grant: So, what is the vision of Play Africa and what are the challenges it is responding to?

Gretchen Wilson-Prangley: The thing that has unified all of us is a vision to create a physical space that is modeling the world we want to live in; a space where every child and every parent is seen as whole. We want to create a space that every single person’s value and human dignity is acknowledged regardless of their gender, race, language, nationality, ethnicity, religion, sexual orientation, family income or family structure.

We want to spark a sense of curiosity, wonder, and discovery in children. And we want to facilitate the sense of connection and support and bonding that can happen with the grownup that is with that child. We want to make all of this happen in a place where children are allowed to touch, to feel, and to do. 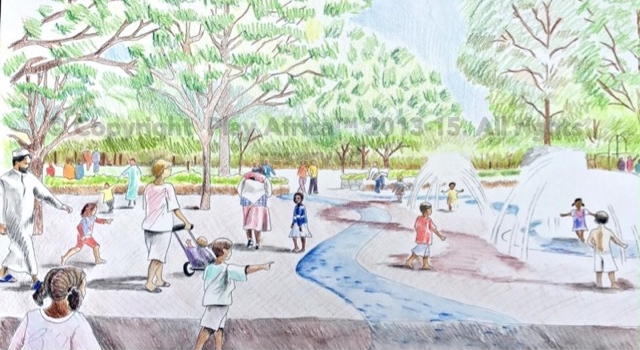 Karima Grant: How are children reflected, or not, in the landscapes and public spaces of South Africa?

Gretchen Wilson-Prangley: That is an interesting question. Let me give some quick backstory before I answer. I moved to Johannesburg in 2004 to work as a journalist on an American radio show called Marketplace. In 10 years as a journalist I spent a lot of time listening to people. One of the themes that came up in my interviews time and time again was the ongoing inequality after the brutality of the apartheid regime.

In Johannesburg and South Africa more broadly people are working towards a beautiful vision: a society based on the values of equality, freedom and human dignity. In line with this vision there are many items of legislation that have been created to protect children. But the reality is that there are several different factors — most are tied to economic inequality– that get in the way of this goal.

The first is the ongoing inequality in early learning. The second is the lack of community spaces that are truly inclusive. UNICEF counts that only 29% of South Africa’s children have access to safe play areas. A third factor is social isolation. This exists across all income levels in South Africa. It is magnified among children experiencing poverty but oftentimes, even children who are in the most affluent areas are also living in pockets of isolation. It is a hangover of the spatial segregation set up under apartheid to keep racial groups apart.

A fourth obstacle is that parents are stressed and under immense strain. They are struggling either because they are overworked or commuting long hours getting from one area of the city to another (again a legacy of the spatial segregation set up under apartheid), or they are underemployed. Finally, there is this real sense that children are being forced to grow up too fast and that there needs to be a space for children to just be children.

Karima Grant: What have been a few major successes of the journey so far?

Gretchen Wilson-Prangley: One of the things I count as one of our best and most powerful successes is in the short term sometimes a challenge. And that is, that we’ve tried to make this an organization with deep values and deep integrity. We’ve taken a highly collaborative approach. We’ve been reaching out to different communities, families, children & subject matter experts. We’ve reached out to specialists who work with children with special needs. We’ve worked with advocates for children who experience trauma, are refugees, and/or have very challenging home situations. The proverb that resonates with us is, if you want to go fast go alone, if you want to go far go together.

Another of our biggest successes has been our resilience and determination

Technically, it is not that hard to create the type of space we want. But, to do it in a way that is uniquely and proudly South African and is about all children coming together, to play together and dream together, not in a way that serves just a small handful of children, has required lots of resilience.

Karima Grant: As you speak, what I hear is how much the specific context plays into the work that you are doing. You could have gone through this process very differently, coming in saying, “hi, I’m setting this up, lets get the money and put it together.” But, the fact that Play Africa has to be responsive and a model for South Africa also dictate the process. It sounds like these processes will sustain the institution.

Gretchen Wilson-Prangley: You are right. We want to create a model for post apartheid public space creation in Johannesburg. At the particular site we are currently considering we’ve done some research using human centered design and community based research and surveys. We’ve talked to residents in the area. Asking them about their experience of play in this area with their children, how they spend quality time with their children and where they feel and don’t feel welcome in public space.

We want to inspire children, support families, and transform a community that has been deeply fractured because of apartheid era spatial planning. We also hope to model inclusivity of public space. We want people to feel at home when they come into the space, so we are literally going out and asking people what it takes for them to feel at home in a space. We are asking people to recount experiences when they have felt welcome in public space and experiences where they felt unwelcome and why.

Karima Grant: This is all really inspiring! But I know it is also exhausting, not in a negative sense. Just that there is a lot of major work. There is a lot of sitting and reflecting and holding spaces. Sometimes I think what we are doing is holding spaces that are much bigger than the physical spaces we are creating. We are holding different kinds of conceptual spaces for our society. Asserting the idea that children have a right to public space. I think part of the work you are doing is contributing something to a discussion that maybe even you won’t be involved in, but that institutions you are building will hold the space for.