Posted August 22nd 2018 at 9:00 am by Jonathan Tarleton
in Personal Theory of Practice, Reflection

From September 2017 to June 2018, five Master of City Planning candidates at MIT organized to develop a Personal Theory of Practice (PTOP) under the guidance of CoLab’s Lawrence Barriner II. These PTOPs are statements, loosely defined, that integrate (a) personal values that guide their work, (b) reflections on their professional experiences, and (c) ongoing insights on the field of urban planning, all to guide future professional and life practice. The essay below is part of a series of reflections on the process of developing these theories of practice. Check out the full series and toolkit developed by the group to guide others in the development of PTOPs here. 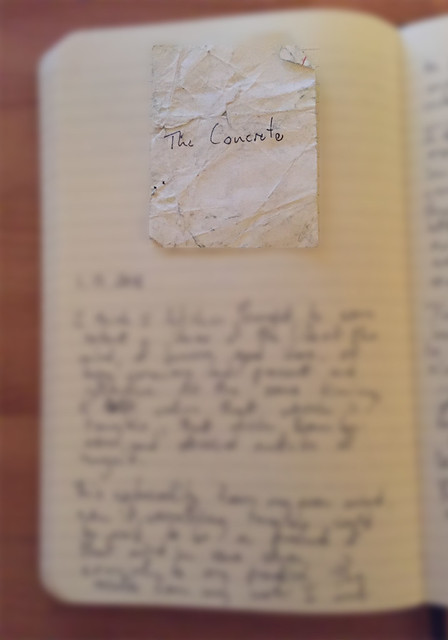 When I committed to writing a personal theory of practice in September 2017, all I had was a set of guiding questions and an intention to articulate how I hoped to work and simply be in the world. I had little idea of what form it would take, how it would evolve, or where to start. In the lead up to the first meeting of our working group, very few of my thoughts existed on paper. On the eve of the meeting, I boarded a Greyhound bus in Springfield, MA, to head back to Boston as heavy rains started to fall; in the stormy darkness of a bus without overhead lights, I resolved to lay down some sentences.

I began with individual words. I wrote “I seek a practice of …” and began to list—“love,” “power,” “change,” “connection,” “reckoning.”  As more letters made it to the page, a word cloud formed despite my mild disdain for the things, vague and fuzzy.

These words weighed on me; as I stared at this list on the Greyhound, the definitional lurked. What did these words mean in this context, in other contexts? What did a practice of “conflict” mean? A practice of “silliness”? What significance did I find in these words? And weighing on me further, how would my tentative embrace of a practice of ___ read to others if this was a theory I would  share publicly, a practice I desired to be legible to others once it became legible to me?

The question of meaning would grow in significance, draft after successive draft. Denotation, connotation, and personal definition became tools to uncover a personal vision of the world.

At the first group meeting that followed in October, I feared sharing a draft that explicitly embraced conflict—an unfortunately taboo idea in a planning field that often privileges resolution over struggle. To articulate what this embrace meant to me, I found the root of the fear: in not articulating my own definition of what a practice of conflict meant, I worried my personal definition would be overshadowed my negative connotations perpetuated elsewhere. My process of creating a theory of practice, perhaps unsurprisingly, became an activity of gathering the words that felt important, then actually plumbing their significance for myself and my work.

I took my dreaded word cloud and brought it to earth on 3″ x 4″ bits of index card that I would carry with me, one at a time, sometimes for a couple days, sometimes for weeks. I was borrowing a mindfulness exercise a former partner of mine had introduced me to, a set of cards that, drawn from each day, would provide a word or concept on which to meditate for the day. Each time I took my phone out of my pocket or emptied my jeans at night, I’d come across the card, increasingly bent and dirtied, and be confronted with some word. Slowly, over the shrinking days of winter, different meanings would percolate, ideas of what these words may signify, definitions that I thought would apply to my practice.

After working my way through all the cards, my exploration shifted. On January 15th, I sat down with my card reading “The Concrete,” taped it inside my notebook, and began to scribble. Concreteness, which began as a desire for work that is measurable, observable, and writ onto the urban landscape, became more. I wrote, “I don’t want to go so far as to fetishize metrics or physicality—a change in an individual is perhaps just as concrete as a building if it ripples through community, or if it affects where a building was sited, who lives in it, what it costs to live there, or who owns it. … A change to the more fundamental aspects of things may be subtler to the eye but no less there, no less apparent.” On February 1st, my exploration of what a practice of healing would mean began with “the acknowledgement of fracture, of pain, of trauma” and ended with concern about depth: “I think this is my understanding of the problems with which I would like to grapple, but I think there are ways of approaching them that may seem transformative or visionary but fail to deal with legacies, fail to deal with the underlying fissures that need healing in order to form a strong foundation for that work.” Perhaps nothing groundbreaking or even coherent, these short writings made explicit the tissue connecting my words to one another, an uncovering of something stronger and more cohesive.

I soon added other word exercises to the cards. Our facilitator, Lawrence, suggested a core values exercise that involved culling a list of values, 500 words, down to nine or so we each felt were fundamental to ourselves. These processes converged, as those words I had already listed and transferred onto cards hung around in the values exercise. As I worked through words I felt drawn to in each subsequent edit of the values list, I began to take the words I was leaving behind—those that I didn’t consider “core” but still identified—and to nest them under those I was taking with me—those most descriptive of my practice. “Dreaming,” “Perceptive,” and “Beauty” I saw as constitutive of a core value of “Wonder,” one of my original words. I’d later nest “Wonder,” under “Hope.” It was another round of definition, the words within the words of my personal articulations.

In my next draft, where my theory of practice sits at the moment, I sought to bring these all together. I had ended up with 22 words between core values and cards I wanted to retain. I nested them under three key words, weaving them together into short sentences to define for myself a practice of relationships, hope, and justice. Then I expounded upon these words, building with the blocks of language an aspirational, unfinished vision of my practice.

When I shared my draft with our working group, I was delighted by the questions I received. They were, in a way, in keeping with this whole project of definitions. What did I mean by leadership here? How would I articulate that better? It was at once an affirmation of process and a call to continue plumbing the often unarticulated, crucial personal meanings behind key words that drive our approaches to work and our definitions of our selves.

I will follow that call and continue to uncover the multiple and fluctuating meanings of the words that define me and my practice. If you’re curious (and knowing that it’s a perpetual work in progress), here’s a section on conflict from the current version of my personal theory of practice that I wrestled with quite a bit during development:

I embrace the conflict inherent in struggle, not as in an end itself or something to be desired, but as a necessary element in work toward just futures, an outgrowth of deep thought and equal, passionate exchange, an externality of real work. I seek a practice wherein conflict is present but it does not overwhelm; that it is mindful and strategic and uncomfortable but not avoided. I subscribe to the idea that if I am not pissing someone off in some way, then I am probably not doing the work to realize the world I hope to see. And I also see conflict as not necessarily antagonistic: it must exist among those of the same mind—it is debate; it is generative, clarifying; it is where ideals are put into practice and the tension of what that actually looks like arises. Conflict is also unavoidable, just as power is inherent, such that a practice without conscious conflict means an avoidant, delusionary practice rather than a deliberate and a deliberative practice that knows what it is, that honors what its goals are, and is deeply committed to realizing them.

Jonathan Tarleton is a city planner, researcher, and writer currently based in Boston. He served as the chief researcher of Nonstop Metropolis: A New York City Atlas and as editor of Urban Omnibus. Read more about his work at jonathantarleton.com. 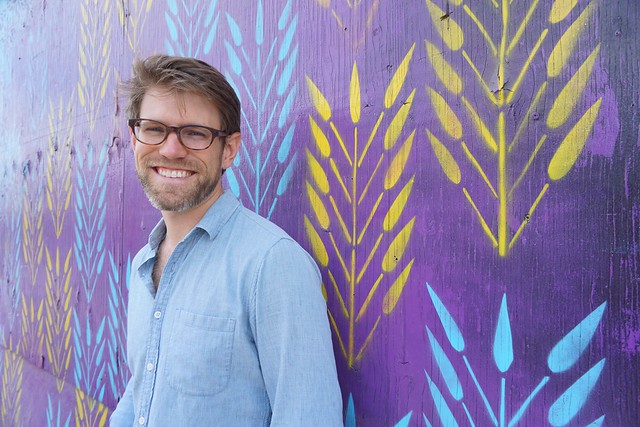