The Sound of Disparity: A Soundwalk in Nashville Tennessee 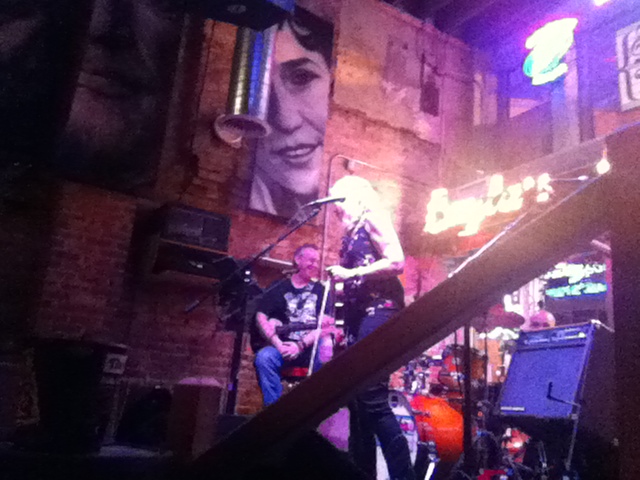 The ‘Nashville Sound’ is a well-known character. Dressed in jeans and cowboy boots, it’s most known for crooning western ballads about the agonies of heartache over a twangy slide guitar. Lively and animated, this sound serves as the city’s most visible — and audible — symbol of vitality.

Reading about MIT CoLab’s Soundwalk spurred my interest in listening to ‘the Nashville Sound’ and examining the deeper social, political and economic dynamics that it consists of. Going a step further, I wanted to see if the robust auditory health of Nashville, and the consequent vitality that it creates, could provide some insight into the health disparities that the city is currently experiencing.

For my soundwalk I chose Lower Broadway, a 15-block area that runs from 1st to 16th Avenue that serves as the “dividing line” between North and South Nashville. I chose it for the same reasons that the over 11 million tourist who visited the area in 2013 chose it: the $598-million Music City Center, a LEED certified convention hall with a guitar-shaped ballroom, the storied Ryman Auditorium and the Country Music Hall of Fame. The area is filled with attractions that emanate a palpable vigor that has come to fuel Nashville’s growth and notoriety.

I began my soundwalk on a Thursday evening around 9:00 PM. I started at Robert’s Western World (416 Broadway) where I heard some traditional country heartbreak music. I ended my walk at Tootsie’s Orchid Lounge (422 Broadway) for what a man standing outside holding a guitar case called, ‘honky-tonk heroes singing to boot-scooters and bull-shooters.’ My soundwalk took all of twenty minutes and while it was hard to differentiate the boot scooters, bull shooters, twangy “honky-tonks” and the loud and boozy karaoke bars, it was easy to hear that country music was alive and well on Broadway. 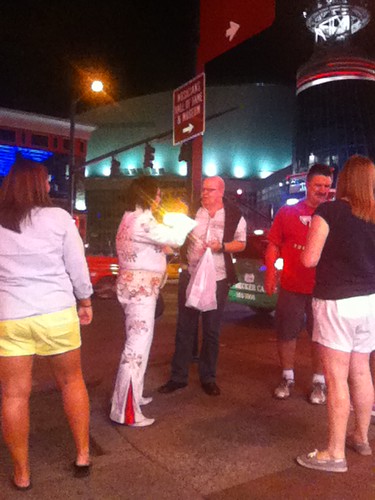 On the sidewalks, a blend of locals and tourist stopped for selfies every third or fourth step they took. Posing against a backdrop of Elvis impersonators, panhandlers playing cheap plastic, musical props and bands of bohemians on acoustic guitars, banjos and push-button accordions. These sounds were exacerbated by the high-pitched car horns and the indiscriminate sirens of Nashville Metropolitan Police cruisers blending with the city’s myriad of Lyft, Uber and taxi drivers and the howling tailpipes of pickup trucks with suspension lift kits. Upon a second and third listening it could easily be the soundtrack to the city’s current car-dependency.

Nashvillians know the importance of vitality. NashVitality, a program funded by the Metro Public Health Department (MPHD) and the Department of Health and Human Services was created in 2009 to ‘celebrate the spirit creating healthy, active and green communities in Nashville’ and ‘engage inactivity and unhealthy eating habits.’ While it was a good example of Nashville’s push towards civic participation– the program has a downloadable app and online, personal fitness tracker– it never reached the areas that needed it most. Specifically, an area of North Nashville called Jefferson Street.

Jefferson Street is a 23-block area that was a lynchpin of the Chitlin’ Circuit: performance venues located mostly in the South that were favorites of African-American musicians and entertainers during Jim Crow segregation. The area hosted the likes of Ray Charles, B.B. King, Otis Redding, Sarah Vaughn and Etta James. And during the first half of the 20th century it was a source of bright sounds and vitality for Nashville. Jefferson Street is still the home to colleges and universities that serve as cultural learning centers equipped with museums and art galleries. But, it has come to be characterized by poverty (87.5%), incarceration (20%) and low educational attainment levels (86%). These indicators predispose residents to diabetes and chronic diseases at a greater rate than other residents in Nashville.

To most people the honkytonks on Lower Broadway is the sound of Nashville, a one of a kind vitality provided by our musicians and their music, a representation of a healthy Nashville. However, upon a deeper listening, this sound is actually that of astute urban planning, favorable zoning policies and an increase in investments in infrastructure unseen anywhere else in the city. This inequity has disastrous effects on other parts of Nashville. Areas like Jefferson Street loose their sound, lack vitality and continue to be ill-equipped to address the health inequalities that effect residents.

The next time epidemiologists discuss the major health threats of the 21st century the absence of sound may go unnoticed but perhaps deep listening can get city planners, policy makers, developers, residents and others who do not necessarily view themselves as health providers or health practitioners, to think about their role in public health and diligently ask: “Is the sound of the city actually the sound of disparity? And if so, how can we change our tune?”

This is one of many posts where CoLab Radio contributors take readers and listeners on a soundwalk in their city. Read and listen to last Friday’s sound walk from Thessaloniki, Greece here. If you’d like to submit an example from your own city, see the easy steps here.