Posted August 13th 2014 at 9:30 am by Lakisha David
in Who Am I? An African American's Quest to Discover Community Through Family History 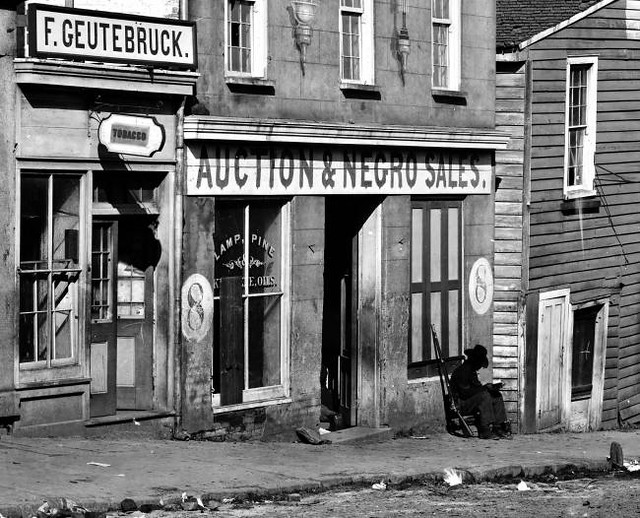 For my mother, Wylene, slavery was only three generations ago. Her great grandfather was born into slavery. His daughter, Wylene’s grandmother, toiled under the harsh conditions of sharecropping in the South. And she, my mother, was born the year after the Brown v. Board of Education Supreme Court ruling declared de jure segregated schools to be unequal and thus illegal; she was in the 7th grade by the time she sat in a desegregated school. For my mother, the legacy of slavery is with us in a very real way. Yet, we live in a society that largely devalues her grieving and healing process. In the previous post in this series, I shared my mother’s sentiments as she discovered her personal genealogical family history from within the cloud of slavery. Along with knowing her own family, she also found empowerment through knowing the names of our family’s former legal owners. Thanks to Ancestry.com and the work of genealogist E. W. McDonald, I was able to take the research a step farther and, in addition to identifying my 2nd great grandfather’s legal owners, we could also identify one immediate descendant.

Knowing that members of this woman’s family had, just a few generations ago, prospered directly from the free labor and exploitation of my family, I was curious about how she and other descendants had fared over the years.

My Expectations: Empathy and an Apology

To be honest, beyond fueling my curiosity, what I sought was a heartfelt apology and some type of expressed empathy towards the present-day struggles of African Americans. The exploitation and oppression of my family didn’t end when legal slavery ended. A change of laws didn’t change the hearts and minds of those in power or of those that benefited from being racialized as White. I wanted recognition of the humanity of African Americans. I wanted a sincere acknowledgement that many of the challenges ailing the African American community were not contrived from a culture of poverty or crime and that her family played a hand in the outcomes for at least one African American family: mine! I knew that she did not enslave my family personally, nor was I enslaved personally. Yet, here we both were, living out the legacies of our recent family’s past in America. So, it is with these thoughts as context, that I contacted her.

Much to my surprise, she welcomed the communication and over the past year, we’ve conversed back and forth via email and text message.

Her Response: “Pull Themselves up by their Bootstraps”

Early on I learned that she had also spent several years thoroughly documenting her family history. But, it was only a few years prior to our encounter that she had learned that her family had legally owned slaves. Up until then, slave holding had been a secret within her family, intentionally not passed down to later generations.

In reflecting on this history, she said:

I have the convenience of disassociating myself from any feelings I might have about my ancestors having been slave owners. In fact, I now realize that denial runs deep in all of us on that point. Why didn’t my family ever see fit to discuss this fact with the children? I imagine that much of their ambiguity or denial concerning the past had to do with shame on having once been well-off, and then having lost that status.

Plus, there’s the cultural aspect that I respect in [Louisiana], and it’s something I’ve noticed in all the poor countries and countries with difficult histories where I’ve lived. They don’t relive the past. Life is tough, and you know that, so you get on with living and enjoy the present. You don’t know when another hurricane or depression or war or disease will turn your fortunes, so you don’t look back.

Initially, I was angry and hurt at the suggestion that her family’s biggest reflection regarding owning my family and others was the loss of socioeconomic status that they eventually faced. But more than that, her sentiments were illustrative of the American idea that through life’s difficulties, everyone should work hard and ‘pull themselves up by their bootstraps.’ This way of thinking ignores the extent to which government policies play a role in the ‘pulling of oneself up’ and the reality that these policies have long catered to racial majorities while excluding racial minorities. For example, it doesn’t consider that European American soldiers returning from WWII were welcomed with new mortgage terms insured by the federal government to help them support their families while African American soldiers returning from the same war were denied this benefit. It does not take into account the cumulative effects on the African American community of stolen labor, discriminatory hiring and real estate practices, and exclusion from quality education–just to name a few slights. Rather, it privileges the media’s depictions of African Americans as morally deprived and prone to crime without questioning the privileges that come with being White in America.

“Conquest” and The Politics of Racialization

The descendent went on to say, “Frankly, I find the complaining of many [throughout] the wealthier parts of the US hard to take. We have relatively little in [Louisiana], but we enjoy more [of] that little that we do have”. Reflecting on growing up poor in New Orleans, she says, “We did lose everything in the change of hands among colonial powers”.

When the settlers of the original colonies of the U.S. ‘conquered the West’, those conquered were Native Americans, Spanish settlers, and other immigrant groups such as the descendant’s French and Irish ancestors. My African ancestors had already been conquered as slaves. Having roots in Louisiana, she explained that she feels that the dominant American narrative does not reflect the history of her family either. Moreover, identifying more with her Irish ancestry, she explained that her Irish ancestor came to Louisiana when he was 14 years old. And, still upset over the European land grabbling in Ireland, later joined up with the Confederacy in the American Civil War to fight off the North, whose behavior reminded him of the British in Ireland. She also acknowledged that her Irish ancestor had another motive for fighting in the war against the North: jobs. Free Africans (Blacks) meant stiff competition for the menial jobs the Irish and other immigrants generally held.

While sympathetic to the discrimination her Irish family experienced, I can’t help but reject excuses for any immigrant group’s abuse of the Native Americans, Mexicans, and Africans already present. Moreover, as her French and Irish ancestors were racialized as White and my African ancestors were racialized as Black, even in freedom, our struggles were most certainly not the same.

The Power of Knowing and Sharing Genealogical Family History

Since my initial communications with this descendant, I have let go of the need for external validation from her about the present-day struggles of African Americans. She has since acknowledged the importance of having this sort of dialogue in the U.S., though she was initially nervous about how she may be perceived throughout it.

In the spirit of pushing the dialogue forward, I’ve come to believe that she and others like her should be given the opportunity to speak from their perspectives. That is how we will understand one another. I believe strongly in the power of knowing and sharing genealogical family history in the context of U.S. history, particularly for African Americans. Doing so can enable people to realize that society as we know it was constructed and has the potential to be reconstructed differently; this is extremely empowering. For European Americans, the process of knowing and sharing can inspire an awakening. It has the potential to spur a reflection on the implications of legal slave owning and White privilege in a racialized society.

There is a growing trend of African Americans discovering their genealogical family history and with it, a growing awareness of social identity and the structures of society. There is also a deepening of a sense of connection to countries of recent ancestry, typically those in West Africa. In The African American as African, Molefi Kete Asante says, “Africa itself has awakened to the potential of its ethnic diaspora, which promises a greater future for Africa in a material way but also demonstrates that distance and time are mere trivialities of history in the re-establishment of relations”. In the next blog post, I will reflect on the potential for the re-establishing of relations between West Africans and their ethnic diaspora, African Americans.