What's the impact of plastic on Nicaragua's Caribbean Coastline? 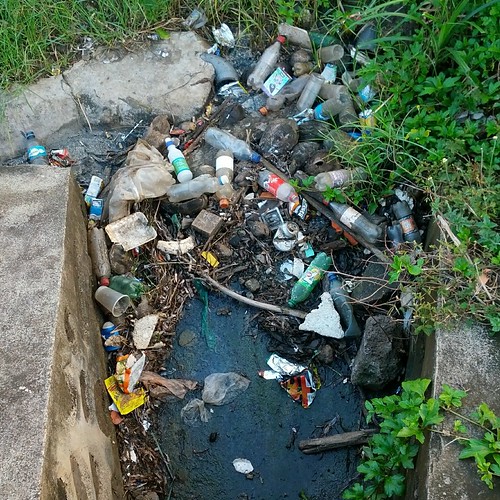 Trash in the Seagrass beds around Big Corn Island.

Community Innovators Lab, D-Lab Biodiversity, and D-Lab Waste recently teamed up to provide research on the impact of plastic waste on sea life on Nicaragua’s Caribbean Coastline. The research project was part of a regional waste management program designed in partnership with the United Nations Development Program (UNDP). The D-Lab research team, comprised of instructors Libby McDonald and Ariel Phillips, biology Ph.D. student Charlotte Seid, and Nicaraguan diver and ecologist Fabio Buitrago, returned last week from their fieldwork on the Corn Islands where they explored how the influx of plastic bottles has affected coral reef fish and the communities who depend on them for fishing and tourism.

Waste and recycling is a serious challenge for islands on the Caribbean Coast where tourism produces increased volumes of plastic waste, of which the biggest culprits are water bottles. Plastic is especially challenging in that it is expensive to transport to recycling companies located in cities on the other side of Central America. Furthermore, unlike traditional materials such as wood and coconut husks, plastic does not biodegrade when it is dumped into waterways.

Hermit Crab Attempting to Set up Shop in a Plastic Bottle from MIT CoLab on Vimeo.

Using SCUBA and snorkeling gear, biology student Charlotte Seid and Nicaraguan ecologist Fabio Buitrago collected and catalogued underwater debris, such as the plastic bottle in the video above, at seven key sites around Big Corn Island. Near the most populated areas, the shallow seagrass beds were littered with cans, bottles, and food packaging. The deeper, farther reefs appeared to be plastic-free. At this moment—while the outer reefs are still clean—it is critical to rethink waste management on the Corn Islands. Fortunately the alcaldía, or local government, is deeply committed to the environment and is working with the MIT team to implement innovative ideas that simultaneously provide drinking water to residents and tourists and keep plastic bottles off the islands. For example, local residents shared memories of using metal cans or gourds to carry water from central locations; perhaps similarly sustainable containers could be combined with a network of water filtration sites.

With help from the local seafood companies Pasenic and Central American Fisheries, nearly 300 fish stomachs were inspected and no plastic was found—a reassuring result. Additionally, to determine which fish species could potentially be impacted by plastic pollution and to track biodiversity over time, more than 50 species were identified and catalogued. The biodiversity snapshot produced by the study is important for understanding threats such as overfishing and human-introduced invasive species. To further protect fish biodiversity, the D-Lab team collected samples for two non-profit repositories of marine species genomes, one in Nicaragua and one near Boston. We’re looking forward to publicizing our results in an article, so stayed tuned this fall!

One response to “What's the impact of plastic on Nicaragua's Caribbean Coastline?”