What is the Role of Healing in Resisting Police Oppression? 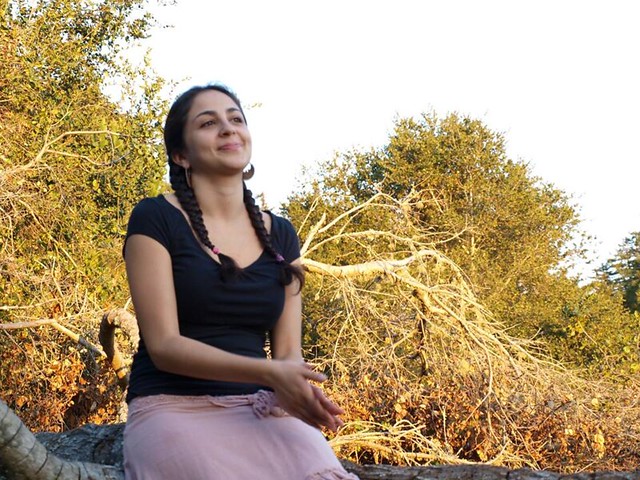 MIT CoLab: You primarily identify as a healer. How does that identity fit into your work with the Stop LAPD Spying Coalition?

Mariella Saba: The Los Angles Police Department (LAPD) is the most diverse department in the nation. They have been very strategic in hiring many people of color. That’s their way of saying “we’re not racist.” But in reality they’re just enacting their racism through a lot of people of color who have paychecks that are sustainable. This is part of the culture I’d love to work on shifting.

We have to work with our folks to help us let go of those badges. I’m very intentional about that. Our folks are getting hired into these systems. They are getting financially sustained, emotionally and mentally messed up and hurt and their bodies are used to lock up their people.

I’ve seen so many brothers, sisters, and folks get locked up for our violence that is everybody’s violence. But how are we holding all of us accountable for the violence that has been real for so long? It is there. It moves though us and we have to stop it. We have to clear it. We have to heal it.

MIT CoLab: What does it look like to begin to try to heal this violence while doing the work that the Coalition is committed to: resisting police oppression and government-sanctioned spying and intelligence gathering?

Mariella Saba: Watch the Watchers is one of our projects where we’ve trained ourselves to document the police state in our marches and action spaces.

This year, at one march in Boyle Heights there were a lot of cops posted up on bikes across the street from the main gathering. They were just chilling, eating up time and money and were armed. By the time we got there we had already done so much work interviewing people and had gone through a lot trying to hold that space. So all three of us, myself, Joyti and Eden, agreed we were just going to go in front of these cops and do one shot with the camera. Our plan was to just stand in our power, get a shot and go. But we couldn’t hold ourselves. Once we were right in the middle and in front there was energy and interaction.

What Joyti picked on first, is the cop’s bulletproof vests. When I tuned into the conversation, she had asked something along the lines of, “What do you have under there?” I heard one cop say, “a heart.” That piqued my interest. I was like, okay he is saying something deep. You hardly hear that in their roles.

That same cop then gives me a flyer. The front looks like the homepage of an iphone and I turn it over and it says something like, if you see suspicious behavior, call 1-800 crime stoppers. So I’m like ok, he just gave us some material here. The flyer has everything to do with what we are talking about and came to learn about. I told him that we wanted to ask him about the LAPD’s suspicious activity reporting program.

As we engaged in this conversation, another cop, a brown brother, was getting highly triggered by our power. I turned to him to ask about the program. He said very little and then said, “I’m done.” I was like you are done? We didn’t even start. He just shut down and was angry. So what we did was just hold space for him. Joyti and I just reminded him to breathe. We just stood there as he took time to breathe and we told him we were not threatening him.

Later, the cop with the flyer says let’s talk over here and calls us over. This is a police tactic to bring you away. There is power in that. So I acknowledged that and critiqued their strategy but said okay let’s go and finish this conversation.

We engaged in a really good deep conversation with him. He shared that he is Black and Brown. He connected with us. Joyti related to him as a brother; he looked like my bother and like her brother.

We told him a lot of things to be clear that he is working for a police state that comes from enslaving his ancestry and is still murdering and enslaving us in so many ways. We have direct contact with their “chiefs” and these folks are white supremacist and they are using our bodies. We told him that he is the one who is carrying all the weaponry on him and putting his body on the line and they don’t care about him. It was good to tell him that kindly, lovingly and clearly.

One way it occurred to me to be ending how I interview police is to ask, “How young are you?” so they could know that they can still let go of that uniform and transition and do something better and something different. Their role is so key in critiquing and shutting down the system that they are deep in. So when we asked this last brother who we’d gotten into a conversation with, how old he was, he said 21. All three of us had a big reaction: a gasp, a deep breath and a sigh.

I don’t shake hands with police, especially in doing public work. But for this young man I did dab it out as a way to say, “come back, you can get out of there and join community to change this.”

CoLab Radio is profiling the many ways in which a selection of individuals & groups from the 2016 Allied Media Conference use collaborative processes grounded in media, art and technology to address the roots of social problems and advance holistic solutions towards a more just and creative world.