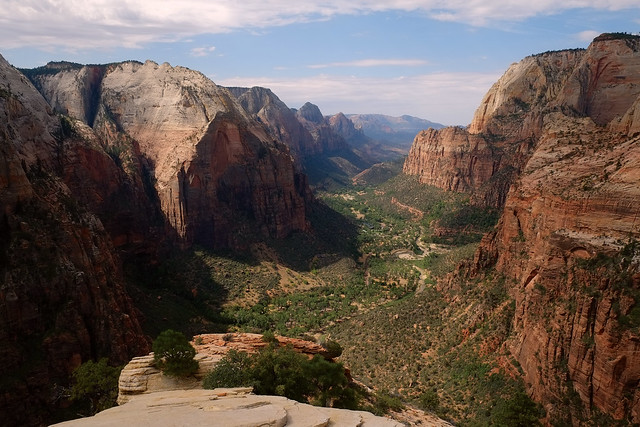 When I saw the faint orange glow of the town in the distance, I thought of a lighthouse beacon calling us to safety, like a weathered skiff lost at sea while the tempest dances across rocky waves. I placed my hand on my mother’s shoulder and pointed to the notch in the mountainside. I watched her face closely as she looked up, expecting a smile to grow across her face.

When I was younger, still playing with my sister’s dolls and slingshotting rocks at the cocky crows on the power lines, her smile had reminded me of the sun. The creases of her mouth would fold into a thousand ripples, emanating warmth in arcs across her cheeks. And everyone seemed to glow in its presence. They would tilt their faces towards the sky as if it was the first day of May. And the worries that had kneaded into wrinkles on their foreheads would melt away like the dirty snow drifts of winter’s abuses.

The sun no longer had that effect on people. As I had grown, it seemed the sun had grown harsher, for people would lower their heads like nuns on the streets or hide themselves away behind the closed-curtains of their musty living rooms. My mother had stopped smiling somewhere along the way, too.

She did not smile now, but I saw her eyes light up when they locked onto the glow and her thin shoulders melted into my embrace. We were almost there. It had been a long journey; one we had not had time to prepare for in the wake of the crisis. As our old neighbor would have said, the one with all the bad luck and the drinking habit, when it rains, it pours.

As we walked, I watched the glow of the rising moon slowly creep down the pink sandstone cliffs until it stretched across the valley floor and I could see my own shadow before me. I had been growing tired in the dark, but I felt a sudden surge of energy under its pale light.  I wanted to curl my head back and howl, like the wolves we had heard the night before. I wanted to run across the valley, awash in pink moonlight, and into the town beyond, and to hug the first person I came across.

But my mother had grown frail in the last few days, though she refused to admit it or to let it show on her face; her jaw clenched like the stubborn ditch diggers in her bloodline. I thought of my father’s words, whispered quiet and stiff in our doorway before he faded into the horizon.

That I must be her strength now.

Now, as we weaved through the towering boulders that guarded the town like monstrous gargoyles, I held her hand tightly. I focused on channeling the moon’s light through my palm and into her tired legs and sore feet.

As the first building came into view, it was a tow-behind pop-up camper with a rough cedar-paneled out-building, a man stepped out from the shadows of a boulder and into our path.  I instinctively retreated a few steps and placed my hand on my belt. But the man spread his arms wide, his palms up in welcome.

The man was gentle and spoke no words. He gave us water, then took us to a shaded veranda, made from pinion pine branches and nylon webbing. There, he gave us each a bowl of soup. It was a bland soup, made from squash and beans, watered down and unseasoned. But it tasted like heaven and I had to remind myself to breathe between spoonfuls.

“Do you plan to stay here?” He asked, his eyes locked on the moon, hanging just below the roofline of the open veranda like a hanging lamp.

“It is not for everyone…” He warned. “Many have come through in these last months. But they have all gone north. They say Oregon and Washington still have green forests and blue lakes…”

“No, this is right for us.” My mother’s eyes looked like almonds as she gazed into the waxing, yellow moon. “We are children of the red rock, though we had forgotten. It is time we came to reclaim that.”

The man led us to a sloping patch of cracked red dirt that was 6 feet wide and long. In the middle, there was a square hole from which a wooden ladder protruded. I realized that we were standing on the roof of an underground room.

“Sleep well.” The man turned his gaze to me. He had a fierce intensity in his dark eyes. “When you emerge from the earth tomorrow, with the red sun as your witness, you will be born anew. And the land will know to reclaim you as her own.”

Over the next four weeks, we were introduced to our new life in the community of Esperanza.  By day, we were guided through our chores by a lean, sun-tanned and tattooed man named Soapstone. In the evenings we learned to prepare the food from Brooke, a woman with sparkling emerald eyes and an infectious laugh that could lift your spirit from the lowest of places. Brooke, who had been married to Soapstone long before the crisis, said he was called Soapstone because he was “smooth as butter and will melt in your mouth.” On another evening she said it was because he was “hard-headed and dumb as a rock” and on a third evening she explained that “when the whole world gets set on fire, he doesn’t crack. He absorbs all that heat and keeps on rumbling, strong and steady.”

Soapstone taught me how to gather and peel pricky pear cactus for their tender meat. He showed me where to collect pinion wood for fires and how to weave the branches for fences and roofs. And, most importantly, he showed me how to tend to the crops of the terraced fields between the town and the stretches of sage brush of the plateau beyond.

One morning, while the frost still clung to the ridges of the yucca and the air was harsh in my nostrils, Soapstone and I went to the spring to haul water for drinking and cleaning.

“Why do we do this everyday?” I groaned as we pushed through the red willows that clogged the creek bed.  “I mean, we’ve got the generators and the solar panels. We could find some piping in the ghost towns and just pump the water over to the houses.”

Soapstone stopped in his tracks and turned to me, his black eyes locked on to mine. He waited a long time before speaking.

“A long, long time ago this land was empty of any people. One hot, dry day a small clan found this spring.  They had been lost and thirsty in the desert for many weeks.  They knew this must be a sacred place, with its fresh clear water, and so they brought their brothers and sisters to live here.  They were very smart and very resourceful. They built the adobe room that you live in. It has stood for a thousand years.“

Soapstone turned back to the trail, while still talking over his shoulder and I followed him.  “They grew these crops here and they thrived for an entire generation. But they did not stay.  Nobody knows what drove them from this place. If it was drought or famine or attack or bad spirits. But they disappeared.”

“After they left, nobody lived here for another 700 years. When men came back, we came with the tools to dominate this land, instead of live with it. We built our pipes and our dams and our wells all across the world.”

He rolled and lit a cigarette and gazed at the red cliffs across the valley. “We’re gonna make mistakes. But we’re not going to make the same mistakes over again.”

Soapstone rose to his feet and stretched as the first rays of light danced over the canyon rim.  He smiled at me as he lifted his buckets. “We are learning, kid. It starts with knowing the weight of water. And when we’re long gone…maybe we’ll have some new lessons to teach the next children of the red rocks.”

One response to “Alternative Futures: Esperanza”