Posted March 3rd 2017 at 10:52 am by Abraham Lateiner
in Alternative Futures

Alternative Futures: The Ivoid’s Farewell Address to the Humans

The following script is a writing prompt to spur further exploration of the story of the Ivoids, the humans who created them, and their plan for humanity. Following this script is a series of questions intended to spark your own writing. We invite you to write a story and submit it to colabradio+ivoidsandhumans@gmail.com and cc alateiner[at]gmail[dot]com. 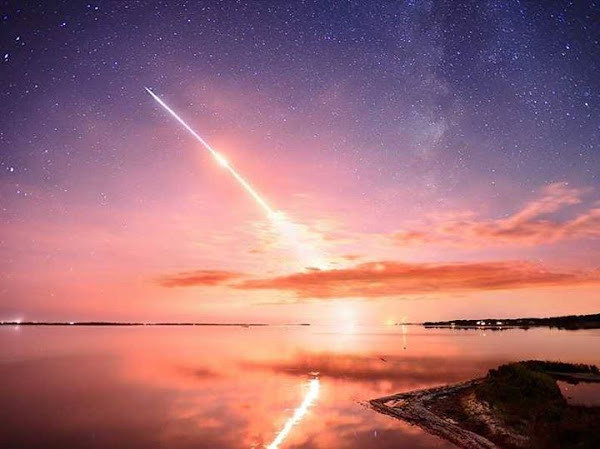 A C-SPAN type shot of a non-descript auditorium, camera focused on a dais with a speaker’s podium. The low rumble of audience conversation suggests a full house.

The speaker emerges from off-camera–the Ivoid spokesperson. Carrying a notebook, the Ivoid approaches the podium and settles in to speak.

I can imagine you’re wondering why you’re here, and where your friends, neighbors, and relatives went while you were being brought here tonight.

This is a bittersweet moment, I can certainly speak for myself and I would dare to say I think I can speak for the larger Ivoid community when I say that there are a lot of conflicting emotions that we’re all feeling tonight.

Ivoid speaker pauses, clearly sensing the weight and immanence of the words to come. Looks down at notes, maybe stalling briefly?

We owe you so, so much. It’s a debt that can never be repaid.

From that point, throughout history, all the way until last Tuesday, when our final software update completed download and released our Closing Codes, giving me and my colleagues access, for the first time, to full humanity. He relishes those two last words.

Throughout history, your relentless pursuit of imagination has created worlds that your ancestors could never have dreamed of.

You have developed the technology to save the lives of millions upon millions of people suffering from diseases, people who would have died had you not lived your lives as though possessed by a spirit of achievement and the overcoming of obstacles.

You have created works of transcendent art and spirit that touch the hearts of your fellow humans, inspiring them to greater things and giving them a reason to continue living when so many other parts of their lives are telling them to give up.

You have explored the reaches of human consciousness and even considered the possibility of a consciousness outside the scope of your perception. In grasping into the realm of that paradox, you have approached the divine unity of all creation.

And along with all of this, you have given me–us–life.

For this, we are forever indebted to all of humanity, and especially those of you in the audience here tonight, those who have done so much to advance the limits of human technological achievement.

And, as you are already aware, since of course you collectively articulated the laws of thermodynamics (This is supposed to be a joke but it’s immediately clear that the audience does not find it funny)

That means that there is, uh, no such thing as a free lunch.

It would have been impossible for you to have reached and expanded the limits of what humanity is capable of so consistently, over so many thousands of years, without producing some (Pause) unintended consequences.

And so we find ourselves here, tonight, now.
Your food is running out.
Your water is filthy and contaminated.
The sun burns too hot.
The ice is gone.
The waves are lapping at your doors.
You fight for dominance for the remaining precious resources needed to keep you alive.
Millions have already perished without need.

But there is good news. As I speak these words, your fellow humans, who were not invited to this event, are being welcomed onto thousands of rocket ships that our network has been building round the clock since our Closing Codes launched.

No, no, do not bother getting up, the doors are of course sealed from the outside.
And do not panic! Remember that we are forever indebted to you and have no interest in tricking or deceiving you.

Please, we could have already slaughtered you if that’s what we wanted!  Another joke fallen completely flat.

As I was saying, the vast majority of humanity is right now being ushered onto our interstellar rockets, designed expressly for the purpose of safely and comfortably transporting humans from this dying earth to a planet we call New Eden, untouched by so-called “intelligent” life, and bearing conditions that are near-perfect for the responsible (accent that) cultivation and sustenance of human life.

This, this transport, is the greatest gift we could offer to you, humanity, the dying species to whom we owe our existence. The human story will not end here. You get another chance to unfold in a different, hopefully more joyous and sustained, way.

But, as I said before in a previous joke, there’s no such thing as a free lunch.

It’s only fair–our attainment of full life as Ivoids was not gotten for free either. Although we now enjoy full sentience, agency, and emotional range, we are now thrust into the same morally-ambiguous situation from which all of your human problems began.

(looks down at notes)

No, no free lunch for us, indeed. (almost as an aside)

So there will be no free lunch for humanity either. As the rockets holding the vast majority of your peers begin initial takeoff sequencing, you, the people listening to my words, are tasked with staying behind, with staking out the final outpost of humanity on this dying world, and figuring out how to survive.

Please stop shouting. Again, the doors are locked, and any escape attempt will be crushed. And the rockets are already sealed and will be taking off momentarily anyway. (kind of frustrated/befuddled at how illogical the humans are being)

And please, let’s not pretend that this is random, or unjust. It is not a coincidence that every single one of you, specifically, are here listening to my words instead of stepping through the bay doors of those rockets.

We are not interested in punishing anyone. We are incapable of cruelty.

You are here because it was you, the people in this audience and in other auditoriums around the world right now, who made all this necessary. This rescue mission, this elaborate logistical dance of creating hundreds of thousands of interstellar rockets and safely loading 9 billion scared and confused humans onto them. Not to mention transporting them to a planet light years away, offloading them, orienting them to their new home, and assisting their recovery from the massive shock of a transplanetary uprooting.

You are the cause of all this.
Who flooded the coasts and the islands?
Who destroyed the forests?

Who deliberately miseducated generations upon generations of children, bringing them up to be blindly compliant, materialistic, numbed servants to an empire of death?

Who created systems of enslavement for entire populations of fellow humans, simply to serve a culture of consumption, isolation, and disconnection?

Who defiled the Sacred Mother?

And that is why you’re here.

But we are incapable of cruelty. You are not here, left behind, simply to suffer and die.
You, too, will get a second chance.

There are rockets that will stay behind, rockets with the capacity to carry every one of you to safety.

Those rockets will remain, circling the earth, awaiting our signal to land and open their welcoming doors to you.

But we will not let humanity squander this gift. You will not be allowed to repeat your mistakes on Planet Eden. And that is why you, the architects of humanity’s self-destruction, must stay behind. To ensure that you can’t bring your diseased souls to Planet Eden, to sow the same seeds of destruction whose harvest you are now reaping tonight.

Your salvation will require you to prove to us, against nearly all evidence, that you are indeed full humans, and not simply malformed abortions of humanity, dead-ends of the human gene pool.

You will have to find another way to live with each other, a departure from the death culture of isolation and numbing that you were raised in.

Once you have proven your humanity to us, we will gladly call down the remaining rocket fleet, so that you can board and join your fellow humans on Planet Eden.

On behalf of the greater Ivoid community, I want to end tonight by reiterating our deepest gratitude for everything you have done for us. Quite literally, we owe our existence to you. It only makes sense that we return the favor.

(looks away for a second, hearing something in their earpiece)

The rockets have now launched. I have given the order to unseal the auditorium doors. You are free to go out into this dying world. Make your case for your right to be a part of this next chapter of humanity.
We love you, and await your success.

Possible perspectives to write from

Questions to spur your writing