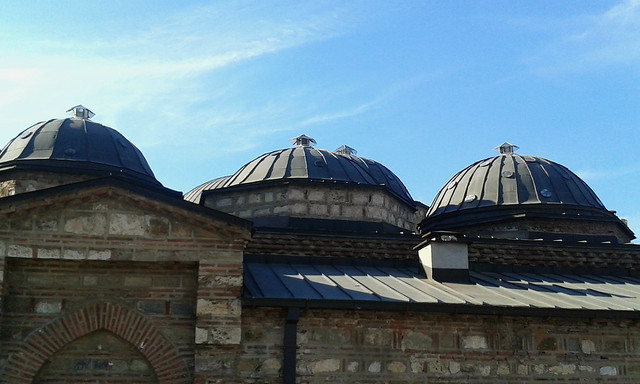 The Daut Pasha Hammam is located in old town Skopje, the capital and largest city in Macedonia. This Turkish bathhouse was built in the second half of the 15th century, sometime between 1489 and 1497. At this time, Daut Pasha, the Grand Vizier of East Rumelia — an autonomous province in the Ottoman Empire from 1878 to 1908 — was living in Skopje. 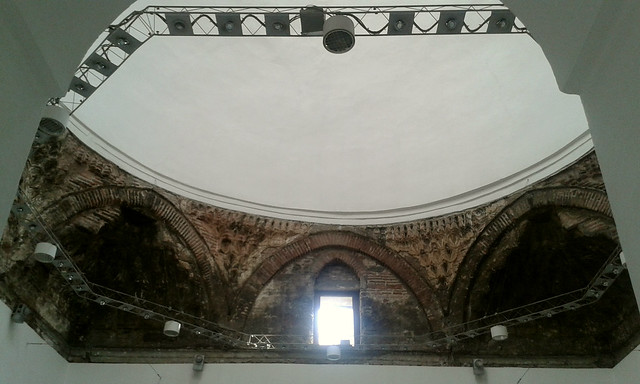 The hammam building was severely damaged in 1689 when General Enea Silvio Piccolomini ordered that the city be burnt to the ground. At the time, the General was leading the Habsburg army to seize Macedonia, Bosnia and Kosovo from the Ottomans. He claimed that his decision to have the city burned to the ground was guided by a desire to prevent the outbreak of cholera. After the fire, the hammam fell into ruin for many subsequent centuries. It was finally restored in 1948 and today it functions as the National Art Gallery of Macedonia. 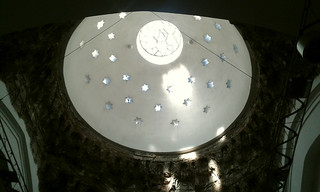 The hammam’s ground plan is rectangular with small extensions on the northern and southern side. The facade consists of alternate layers of stone, brick and stucco. On the west side there are two large domes. The remainder is covered by 11 smaller asymmetrically placed domes. The interior is illuminated by star-shaped openings on the domes. The domes are also covered by glass.

At the time of its original use the hammam was divided into two separate wings: one for men on the eastern side and another for women on the western side. Each wing contained hot and cool rooms as well as a changing and waiting rooms for each wing. Each wing was also adorned with fountains. The fountains were not kept in the current design of the building but the spacious changing and waiting rooms now make up the Daut Pasha Hammam’s gallery space.

This is one of many posts responding to the question, “What’s Happening at the Oldest Buildings in Your Town?” If you’d like to submit an example from your own city, see the easy steps here. Check out yesterday’s post on The Vilna Shul in Boston, Massachusetts.