Posted September 2nd 2018 at 12:03 pm by Lauren Stamm
in Sensemaking through Sound 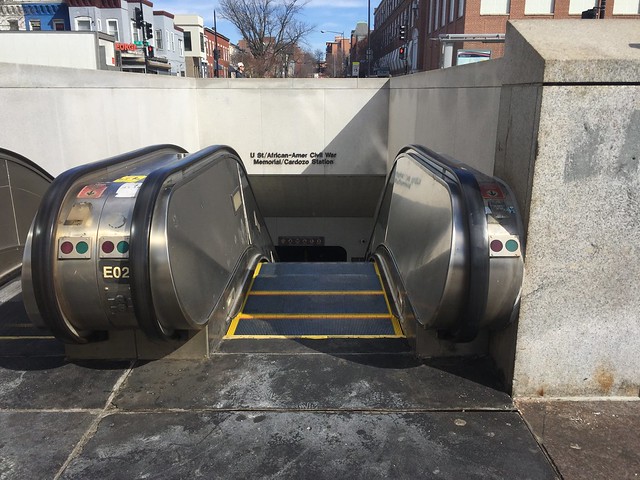 This soundscape was taken at the African American Civil War Memorial in Washington, DC. The park sits at the intersection of U Street Northwest and Vermont Street Northwest and also serves as an entrance/exit to the U Street African American Civil War Memorial Metro Station on the Green and Yellow lines. Listening to the soundscape is more peaceful than I first assumed it would be. The intersection is often a busy one, but on a Saturday morning the most visible sounds were of birds, the steady clanging of the escalator, and the scraping of shoes on the salt. There were some additional noises from traffic and more specifically, a bus pulling away from the stop towards the end of the recording. The recording captures the seasonal transition into spring. Birds have already flown North and are making their presence known in the park, but you can still hear the remnants of the recent snow, as shoes scrap the salt. 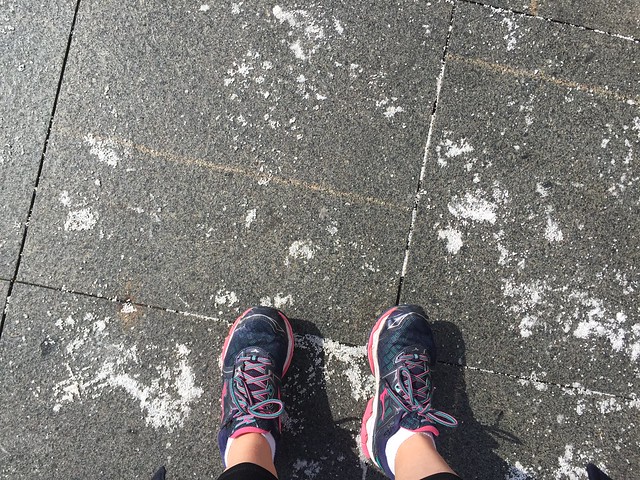 As a new resident in the neighborhood, who is excitedly awaiting more spring-like weather, when listening to the recording, I most privilege the chirping of the birds. It has been such a long time since I have heard that noise, and due to the absence, I was most aware of their chirps. When recording, I also noticed the noise of the salt scraping, as it was unique, and there seemed to be an excessive amount of salt all over the ground of the park. When listening to the recording, I was surprised to hear the sounds of traffic. As a close neighbor to the park, I’ve grown accustom to the traffic noises on U Street. I was also surprised to hear the presence of the clanging escalator. It is a sound I’m familiar with, but that is part of the background soundscape of the block, not something that I ever paid more attention to. Yet, the soundscape feels peaceful as all of the sounds seem to be around equal volume. It is clear from the recording, that the device was somewhat secluded from the street, where the traffic noises would have been the main source of sound. 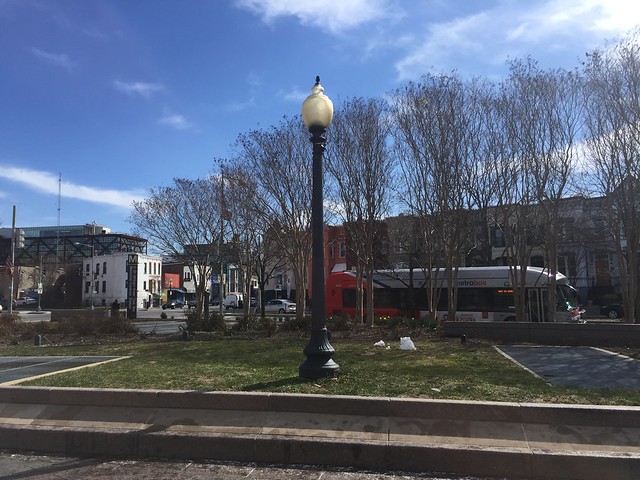 Although I am focusing on the ways that visitors use the park, the soundscape presents a more layered scene. Although the aesthetics of the park feel dominated by stone and sculpture, the landscaping elements play an important role in the environment, attracting birds, and perhaps other animals. The soundscape also makes one of the main purposes of the park very clear: access to the metro via the clanging escalator. Without the snow-melting salt, the footsteps of those walking through the park may have been audible, but with the salt, the steps demonstrate not only the use of the park as a shortcut, but also the unique March weather conditions, which brought a few inches of snow and subsequently salt for the safety of pedestrians. Unfortunately, the morning was fairly quiet and cold. Not too many park visitors stayed or socialized in the park. The soundscape is helpful in constructing a complete picture of the park, but environmental and participant observations will be key in understanding the ways that people actually use the park.