Posted October 27th 2014 at 9:49 pm by Abiodun Baiyewu
in Perspectives on Current Events

The Ebola Crisis : A case for pro-poor urban governance 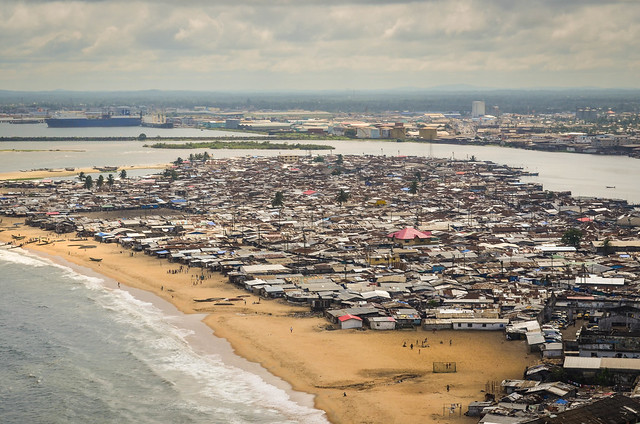 When Nigeria reported its index Ebola case, the world had good reason to become anxious. Nigeria is the most populous country in Africa with a 170 million strong population. The virus’ port of entry was Lagos – Africa’s fastest growing city with an estimated population of 20.5 million people. Notorious for its numerous slums, high traffic, intra-border and trans-border mobility, there was real cause for worry. Yet when the United States reported its first victim in Dallas, Texas – America’s second largest state, fear of its spread was not as palpable as that of Lagos. Why? Because Dallas enjoys a city wide urban planning that is largely pro-poor and so fear of its uncontrollable spread was limited. In spite of this, there is now a tangible fear of its global spread.

Lagos was lucky. In a serendipitous sequence of events, its index case made its way straight from the airport into the more structured high end of Lagos. An equipped private hospital received the index case immediately after he arrived in Nigeria. Because the first contacts with the index case did not live in the slums of Lagos, they could easily be traced and the spread of the virus was minimized.

Just last week, on Monday October 20, 2014, the WHO declared Nigeria free of Ebola. International media was agog with postulations about how Nigeria achieved this feat. While Nigeria celebrated this victory, anxiety peaked in Guinea, Sierra Leone and Liberia, where the pandemic was exponentially growing and raging out of control. There are several reasons why the battle has been steeper in Guinea, Sierra Leone and Liberia. One explanation is that Sierra Leone and Liberia are post war countries struggling with the reconstruction of their society. The breakouts in these countries inordinately affected poor people most of who lived in slums and areas where social goods were lacking. Deprived of basic services- with poor sanitation systems, erratic water and electricity supply, often without health centers and where those exist- with little to no infrastructure or medical personnel to man them, they were ready hotspots for the incubation of epidemics. For instance the pandemic was so concentrated at West Point, an urban slum in Monrovia, that the entire district was subjected to a ten-day lock down, quarantining the entire community. Yet that has not visibly contained the pandemic in Liberia. West Point by the way is still as depraved of infrastructure as before the crisis broke.

Ghana has good reasons to look over its shoulders. The country’s large population of Liberians, displaced during their long civil war, have been very mobile and still hold close ties with their home country. While it has managed to dodge Ebola so far, some parts of Ghana are currently ravaged by cholera. Predictably, the epidemic is in the poorest slums mostly in Accra where social infrastructure are most lacking. Rather than make the poor (who are perceived to be the problem) disappear, the demolition of some slum settlement appears to have exacerbated the crisis. A legitimate fear is the lethal effect a combination of cholera and Ebola would have on Ghana’s already struggling economy.

Most governments in West Africa lack the political will to develop and implement pro-poor urban governance policies. Where there is a genuine interest, limited resources often make governments hesitant to allocate resources to urban governance issues. International financing policy restrictions have also not helped. One major consequence is the effect on public health and limited ability to prevent catastrophes such as the ones being experienced in the countries currently battling Ebola. According to the World Bank, the real cost for the current epidemic could exceed $ 32 Billion. Already the cost of food has risen exponentially in these countries and their few industries and foreign investments are challenged by the crisis and many may soon fold up. In the long run, it appears West African countries will pay a heavy price for their failure to implement solid pro-poor urban governance policies. For failing to help them develop the safety net pro-poor urban governance affords, the entire globe may well suffer along with them.

In a nutshell, protecting the health, rights and dignity of the poor by promoting and ensuring pro-poor urban governance is enlightened self-interest – a perspective all countries must develop. Failure to implement pro-poor urban governance policies must be seen and treated as a breach of the right to life and also as discrimination on the basis of socio-economic status. It should therefore be the priority of states to ensure that factors that affect health such as access to affordable housing, urban sprawl, safe water, sanitary systems, schools, adequate transportation, health centers, doctors and essential medicines are guaranteed through pro-poor policies – policies that can ensure the mitigation of poverty itself.

Abiodun Baiyewu is the Nigeria Country Director for Global Rights. The opinions expressed in this blog are those of the author and do not necessarily reflect the opinions and views of Global Rights.